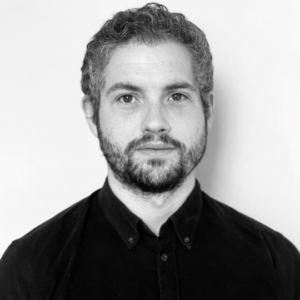 Dr Shane Hegarty graduated as the top ranked student of Neuroscience BSc with a 1st Class Hons from UCC in 2010, having been awarded the distinction of ‘College Scholar’ in 2007, 2008, 2009 and 2010, and the ‘Certificate of Excellence’ in 2010 for academic excellence. In 2010, he was awarded the prestigious ‘IRCSET EMBARK Postgraduate Scholarship’ by Irish Research Council (IRC) to carry out his proposed PhD project in Dept. Anatomy & Neuroscience, UCC, under supervision of Professor Aideen Sullivan & Professor Gerard O’Keeffe. He was awarded the highly competitive ‘Government of Ireland Post-Doctoral Fellowship’ by the IRC in 2014, and the ‘NUI Post-Doctoral Fellowship in the Sciences’ by the National University of Ireland in 2015, to facilitate his Post-Doctoral research in the Dept. of Anatomy and Neuroscience, UCC, which built on his PhD work. As a researcher, he has been awarded places on international training courses, travel bursaries and ‘best presentation’ at a number of conferences. He has published 27 peer-reviewed journal articles (18 first author; 3 senior author) to date, 4 of which were included in ‘Top 25 Most Downloaded Articles’. His ‘h-index’ is 14 on Google Scholar, and his publications have generated a total of >800 citations (at May 2021). In 2015 he was awarded IRC ‘New Foundation Award’ to launch the ongoing ‘BRAINTALK’ outreach project, for the Parkinson’s community in Ireland. He was awarded a ‘Charlemont Grant’ in 2016 from Royal Irish Academy to extend his research in Professor Danny Huylebroeck’s laboratory in Erasmus MC, Netherlands and KU Leuven, Belgium. In August 2016, he was appointed as a full-time Lecturer in Dept. of Anatomy & Neuroscience, UCC. In September 2016, Shane was awarded the prestigious Neuroscience Ireland ‘Early Career Investigator Award’ which recognises ‘outstanding Neuroscience research’. In August 2017, Dr Hegarty became a Research Fellow in the laboratory of Professor Zhigang He, in Dept. of Neurology, Boston Children’s Hospital and Harvard. In Sept. 2018, he became Adjunct Professor at Wentworth Institute of Technology. In January 2020, as a principal investigator he was granted a ‘William Randolph Hearst Fund Award’ for 2020 by the William Randolph Hearst Foundation in recognition of, and to further progress, his research work in HMS/BCH. In Jan. 2021, Dr. Hegarty joined Harvard i-Labs and President’s Innovation Challenge to translate his patented discoveries/therapies into clinic. In April 2021, Dr. Hegarty joined AXONIS Therapeutics as CSO and Founder, to translate the cutting-edge research from Prof. Zhigang He’s lab into the clinic, in order to make a real difference for patients, their families, and the global healthcare system.