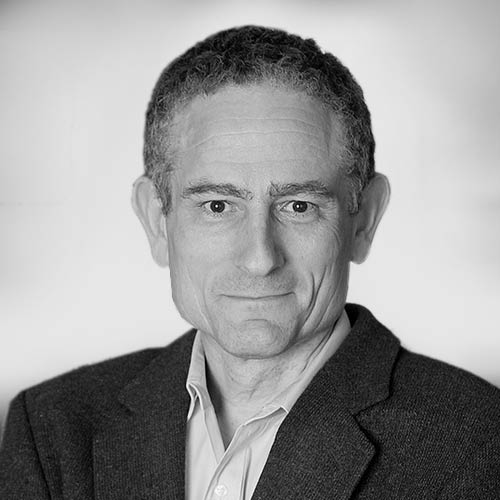 Corey Goodman is a scientist, educator, and entrepreneur.  He received his B.S. from Stanford University in 1972 and his Ph.D. from U.C. Berkeley in 1977.  He was a Helen Hay Whitney postdoctoral fellow at U.C. San Diego from 1977 to 1979.  He spent 25 years as Professor of Biology at Stanford University and Evan Rauch Chair of Neurobiology at Berkeley (Dept. of Molecular and Cell Biology), where he was Howard Hughes Medical Institute Investigator, Head of the Neurobiology Division, and co-founder and Director of the Wills Neuroscience Institute.  He published over 200 scientific papers.  He is currently Adjunct Professor of Neuroscience in the Wills Neuroscience Institute at U.C. Berkeley.

Dr. Goodman is an elected member of the National Academy of Sciences, American Academy of Arts and Sciences, and American Philosophical Society, and recipient of many honors including the Alan T. Waterman Award, Canada Gairdner Biomedical Award, March-of-Dimes Prize in Developmental Biology, Reeve-Irvine Research Medal, and Dawson Prize in Genetics from Trinity College Dublin.

Dr. Goodman moved from academia to biotechnology and pharma to help apply basic biomedical discoveries to human health – to turn great science into impactful medicine.  He has co-founded seven biotechnology companies (the first being Exelixis), and led one of them (Renovis) as President and CEO from a private to public company until its acquisition.  He was recruited to be President and founder of Pfizer’s Biotherapeutics and Bioinnovation Center and a member of Pfizer’s executive leadership team.

Today Dr. Goodman is a Managing Partner of venBio Partners, a venture capital firm he co-founded that focuses on innovative therapeutics for major unmet medical needs.  Dr. Goodman is Chair of the Board of Second Genome, ALX Oncology, and Tollnine.  He is a member of the Board of Checkmate and NFlection.  He chaired Labrys Biologics until its acquisition by Teva.  The drug he championed at Labrys, now called Ajovy, is FDA approved for chronic migraine suffers.

Amongst his many public policy roles, Dr. Goodman is former Chair of the California Council on Science and Technology (advising the Governor and State Legislature), a member of the University of California Innovation Council (advising UC President Napolitano), a member of the board of the Pacific Institute, former Chair of the National Research Council’s (NAS) Board on Life Sciences (advising the Federal Government), and past President of the McKnight Endowment Fund for Neuroscience. He advises numerous foundations.

Dr. Goodman is a Managing Partner of venBio, a venture capital firm that focuses on innovative therapeutics for major unmet medical needs.